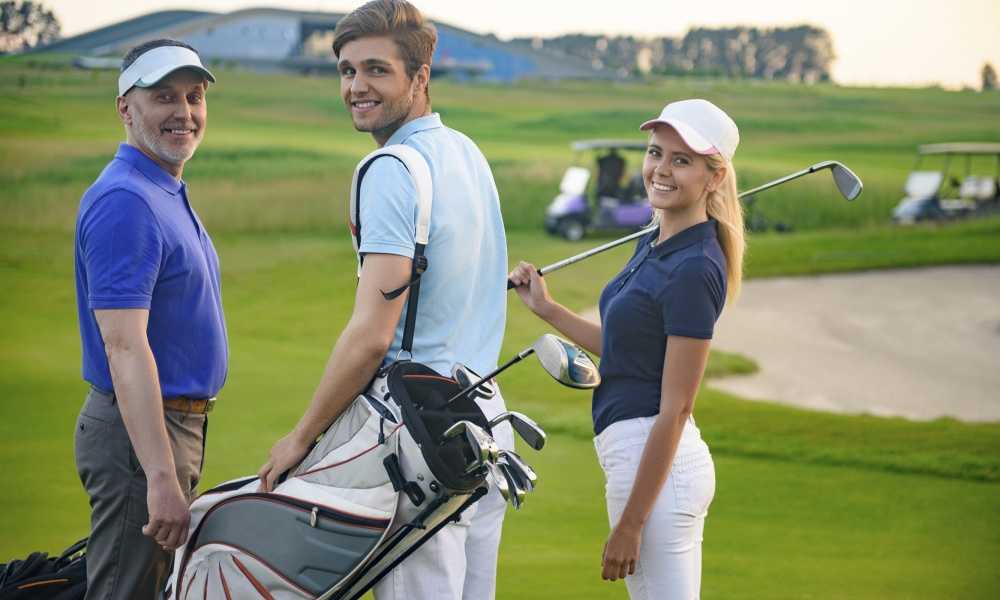 Can College Golfers Use Push Carts

The 2014 NCAA golf championship had made to several sports articles not because of a controversy regarding the sports. A lot of people have ranted on Twitter, asking how can college golfers use push carts during the game?

The great debate resulted in a long thread of those who are in favor and against such act. Some tweets say that those college golfers should be carrying their bag instead of pulling because it will be better for them. Others argue that carrying your clubs at the back can lead to potential health risks.

With so much argument circulating during those times, many are convinced that it is better for college golfers as well as other golfers to push or pull their clubs than carrying them. Why? Take a look at the studies below.

The Benefits of Pushing vs. Carrying Golf Clubs

Dr. Neil Wolkodoff is a medical director at Colorado Center for Health and Sports Science. He studied about the benefits of push carts for carrying golf equipment to the body physically. This particular study was mentioned in 2009 when the American Junior Golf Association started allowing the use of push carts.

According to his observations, those who use push cart experience fewer health issues and less prone to develop one than those who carry their bags on their back. This is especially true and more dangerous for young players, which could lead to back injuries and fatigue. Carrying bags have advantages, but that is very minimal.

Dr. Neil Wolkodoff also said that swinging a golf club is already hard on the back of the athletes. Thus, he recommends looking for alternative ways to lessen the stress that the back suffers from by using a pushcart instead. One Standford player by the name of Cameron Wilson once suffered a serious back injury. By the time he came back to playing golf, he no longer carries his clubs but pushes the carts to and from the teeing ground.

Another benefit that he found out was the competitive advantage of saving the golfer’s energy, especially on hilly courses. When you are carrying your clubs at the back, the core muscles work by contracting to hold the bag in place. Meanwhile, when you are pushing the cart, your core is not stressed, either your shoulders. In this way, you are not tired after going up the hill and do better on the teeing ground.

On the point of view of some golf instructors, they also see that pushing or pulling a golf cart is much better in maintaining proper posture. It is just so hard for them to see junior golfers walking with big and heavy bags on their backs that are half their weight. They are hunched forward to keep their equipment from dropping. They are afraid that because of this traditional way of playing golf, the spinal health issues of the golfers are at risks.

More research in Europe also found out that carrying heavy bags prior to swinging clubs actually decrease someone’s ability to score. Furthermore, golfers are becoming aware of this, too. Some would rather choose to work out and develop strong muscles and back that are useful for the swing than carry their clubs. That way, they can be healthier and far from injuries.

So, can college golfers use push carts? These studies indicate that the answer is definitely yes. In fact, they are very much welcome to do so. At the end of the day, it all boils down to the golfer’s preference. Just remember that the days are gone when professional golfers will criticize you for not looking tough when carrying your bag. If you are doing golf to have a healthier lifestyle, then you are free to push your cart on the course and just enjoy a sweet long stroll from one teeing ground to another.

Golf equipment today is definitely changing the game. Players are smarter and want to be healthier. That is because the sports itself has demanded them to be smarter and healthier. It’s no longer just about acing a goal but about enjoying it as an endeavor. So if you can minimize the stress it provides, then why not.