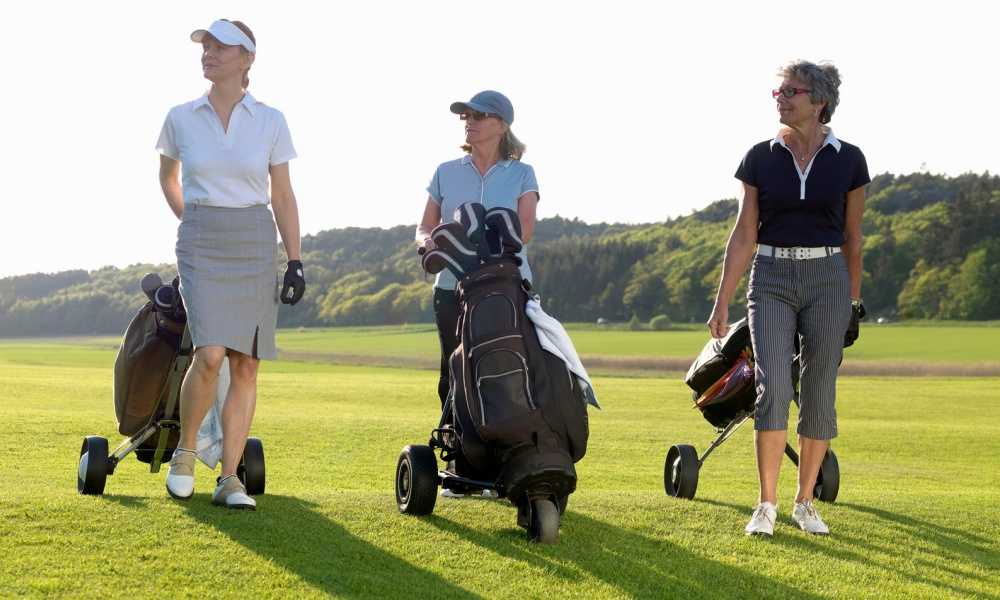 A big question with golfers is, “Which is better, a push cart or a pull cart?” Well we will found out soon enough.

The history of golf and its origins is open to debate but its earliest records were found in the early 1400’s. It was simply a game of hitting a ball around with a stick but lacked the hole to ace the ball into. As time went on, the tools and rules were replaced into what we know as golf today.

We live in an age where convenience and ease are highly regarded. When golf was first introduced to the modern world, the golfers or their caddies (usually the caddies since golf was for the filthy rich back in the day.) had to carry the golf bags themselves.

As time went on, motorized vehicles were invented and in the early 1930’s the first use of a golf cart/car was recorded.  But golf was becoming more and more popular to the masses, and a few years later the first golf pull cart was introduced to the public. Then as things began to improve, the golf pull cart was modified to be pushed along the back for an easier and more convenient golf game. The golf push cart was then born.

Golf push cart vs Pull Cart: What is the difference?

Asides from the obvious, that golf pull carts are for pulling and golf push carts are for pushing. Both carts serve the same purpose, and that is to help the golfer move his stuff all over the golf course. Other fancy features such as beverage holders, adjustable height and replicable parts are merely add-ons.

In order to fully answer the question, let’s take a closer look at what a push and pull golf cart is, their pros and cons, and what they can actually do.

Golf pull carts are used to pull your equipment along with you rather than the alternative of carrying it around. They usually have two wheels and function similar to that of a stroller bag.  During the early stages of golf, golf pull carts where the cheaper alternative to renting a golf cart/car or hiring a caddie.

Golf pull carts were convenient back in the day but they put excessive strain on the shoulders and they have a hard time going up and down steep slopes.

Pushing is way easier than pulling and it isn’t as taxing on the back and shoulders as well. The golf push cart was meant to be an improvement to the golf pull cart. The golf push cart is designed to efficiently transfer energy from your normal walking position into the cart. Golf push carts usually have 3 or more wheels attached to them. More wheels mean less energy consumption and less strain on the body. With this design, they are also much easier to travel with when going uphill or downhill.

However unlike golf pull carts, golf push carts are more expensive and have higher maintenance costs.  Because of their complexity, they might take a to get used to.

Well if you look closely, the golf push cart is obviously way better than the golf pull cart. It is an improvement to the design and most golf trolleys these days have three or four wheels in them. Most golfers comment that they are usually tired on the 11th or 12th hole when using a golf pull cart. While on the other hand some golfers replied that golf pull carts provide much better exercise for the body, and after a few games, you’d have better, stronger and sturdier shoulders.

Overall golf push carts are better than golf pull carts in a lot of ways. However there will always be exceptions where people would find the golf pull cart to be better.

But if I were you I’d choose the best of both worlds and choose a golf push/pull cart.  It’s basically a golf cart that you can push or pull. Why choose one over the other when you can have both?

For those of you that skipped to this section, the answer to the question is that golf push carts are technically better than golf pull carts. However, some people will choose price over practicability.

Can College Golfers Use Push Carts

This is a very useful and informative article. Thank you.

[…] our discussion about the golf push cart versus pull cart, we tried our level best to provide you guys with the best information that we gathered after our […]